“I’ve had issues with IBS for years and it would generally make me feel quite anxious in public situations. My experience with doctors over the years, trying to fix the problem, always left me disappointed.

Although it eased off over the years, I was still never quite able to deal with it myself.

Francesco helped to get to the root of the problem, and with a change in diet, and supplementation, I’m now able to deal with the problem and no longer worry when I’m out in public.

I highly recommend Francesco to anyone with a similar problem or any other health issues.” 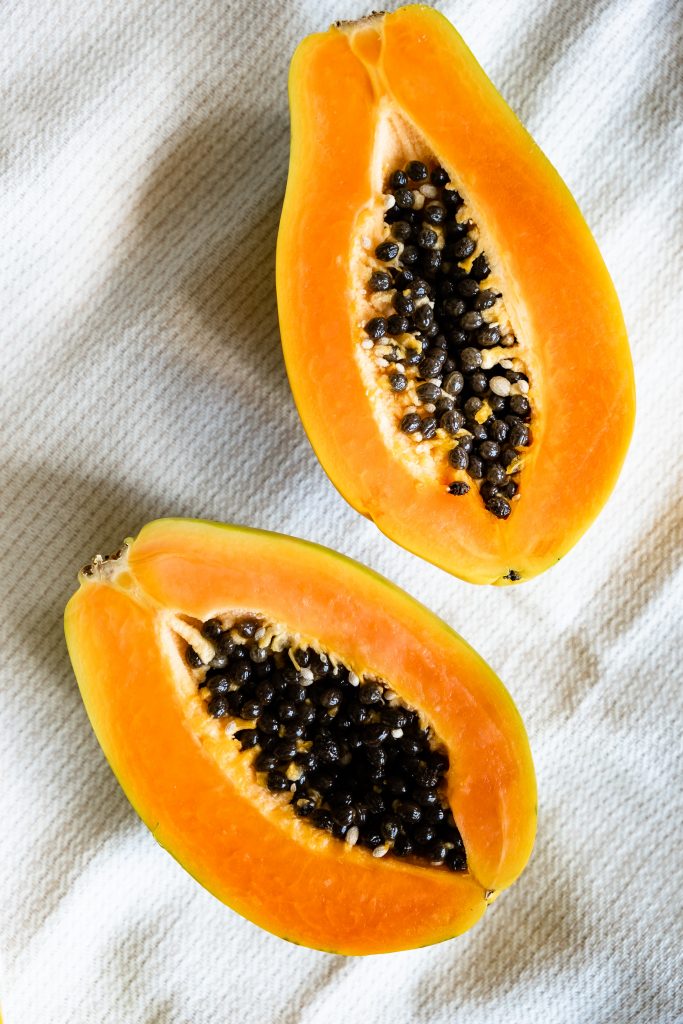 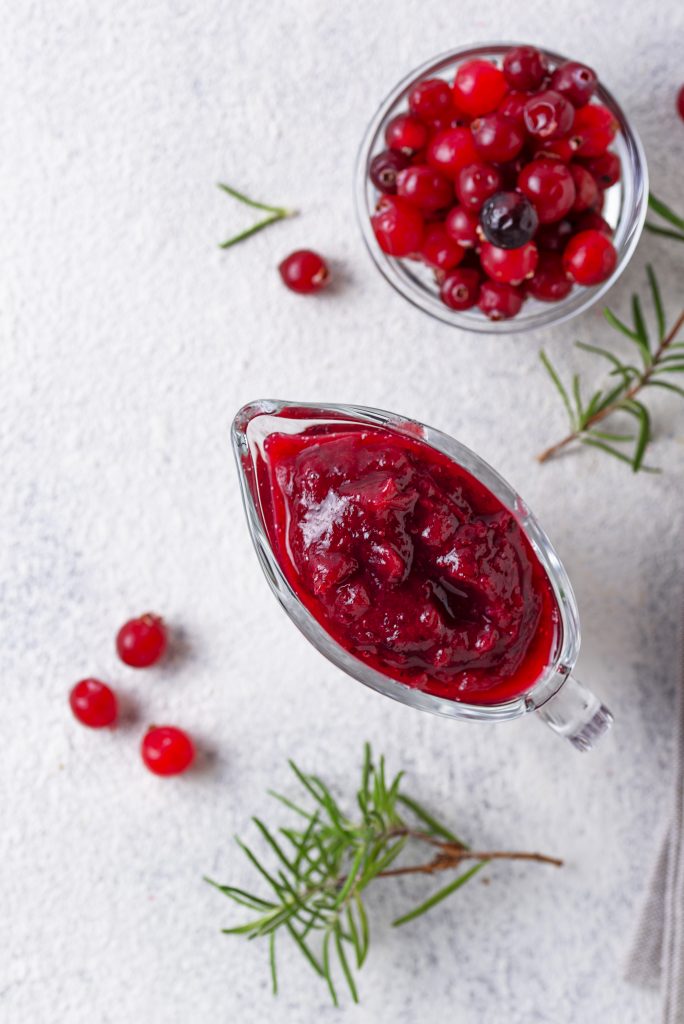 “I attended Francesco for consultations on how to improve digestive and menstrual symptoms that were having a very disruptive impact on my daily life.

Francesco is a great listener and he asked me questions so that he could get a very well-rounded sense of my lifestyle.

While he understands the science of microbiology expertly, he gave me simple things to do after each session which, when followed, really had a positive impact on my wellbeing.

I can say with confidence that the tips, advice and habits that Francesco gave me will stay with me for life.”

“I was having very disturbed sleep, violent nightmares and waking with my heart pounding in my chest. Eventually I would drift off to sleep again only to be awoken again with the same symptoms a couple of hours later. I was exhausted during the day.

I went to my Gp and she could find nothing wrong with me. She thought I was suffering from anxiety and taught me some breathing exercises.

I tried the breathing exercises but they didn’t help. I felt that I wasn’t suffering from anxiety.

This horrible pattern continued for several months during which time I tried herbal remedies to help me sleep but nothing worked. I was exhausted.

One day I went into the health store in Stillorgan Shopping Centre and was lucky enough to be served by Francesco. I told him my symptoms. He asked me what I ate during the day and at what times. He straight away told me that I was leaving too long a gap between breakfast and lunch and that I needed to eat more protein rich food and less high sugar food.

He made some suggestions for dietary changes. My body was creating too much of the stress hormone cortisol and this was waking me at night.

I put his advice into practice straight away and haven’t looked back since. I am so grateful to Francesco for his advice. He has changed my life. I am 100% back to normal now. Thank you Francesco” 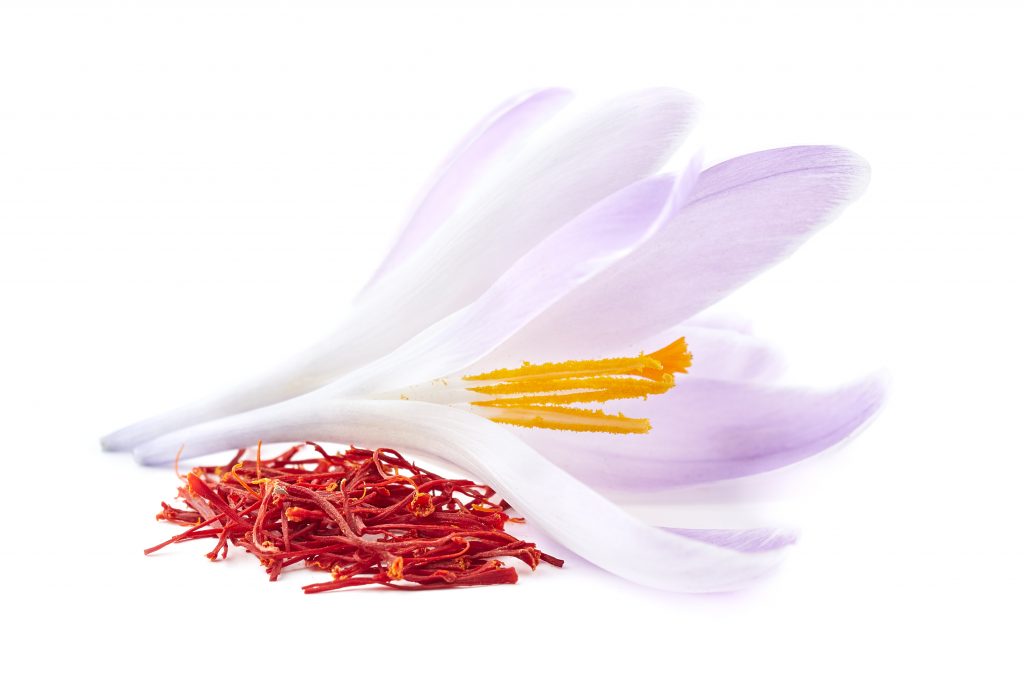 “Francesco is a knowledgeable, enthusiastic and helpful practitioner who passionately believes in the healing power of food. His knowledge of nutritional science is complemented by his practical talent for demonstrating to clients how to prepare simple, delicious and healthy food which is tailored to their particular health concern.

Francesco is a fantastic nutritional health coach. He is very thorough in his examination and looks at the issues in a holistic way. His approach fosters diet- and lifestyle-based changes which are manageable and sustainable for the client to implement and he consistently tracks your progress with follow-up consultations.

He is always on hand to answer questions or deal with any difficulties you may be experiencing with the plan. He is very knowledgeable in his field, yet his approach is flexible and responsive to client’s needs at all times. It was a pleasure to deal with such a caring coach and I would recommend him to anyone. 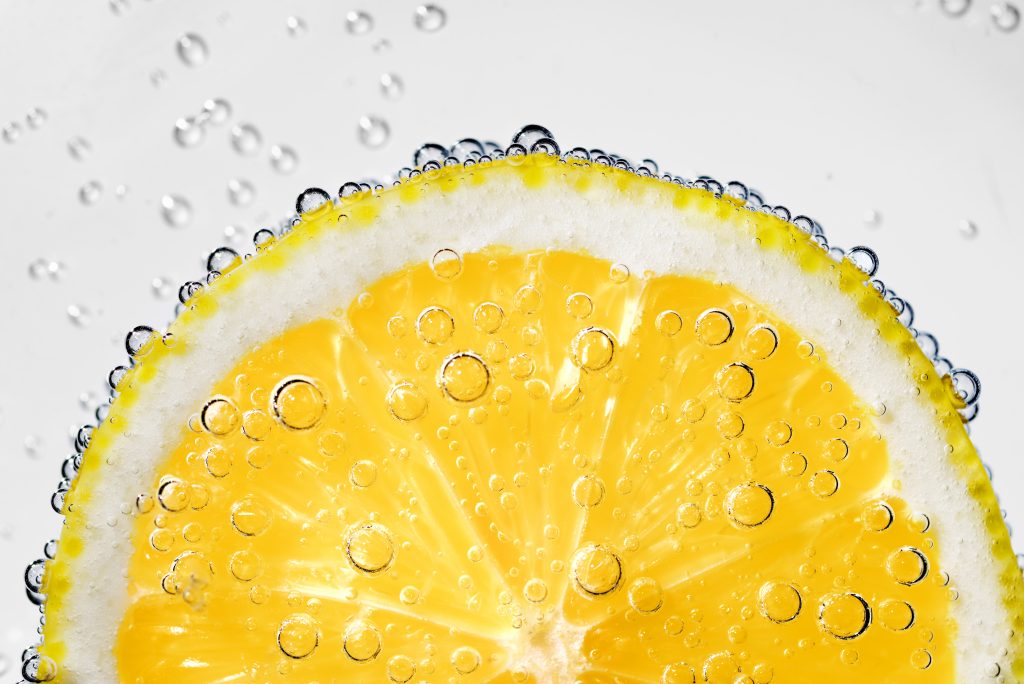 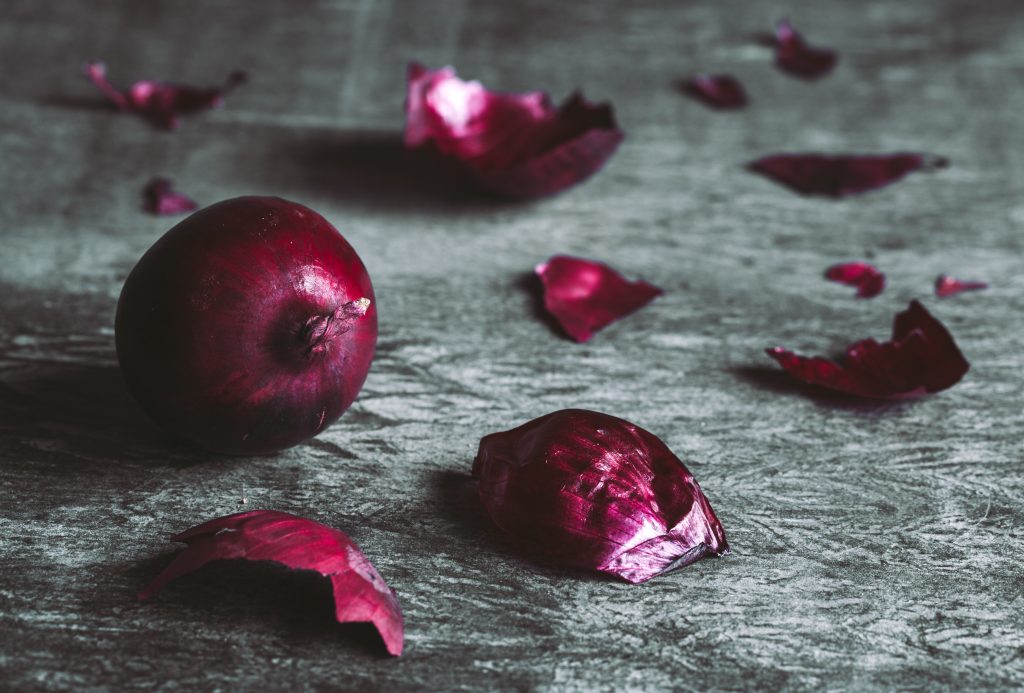 Having previously been sent from pillar to post by GP’s and also having wasted hundreds of euros on dietitians, I discovered Francesco at HoopOrganic through BTS Labs in Galway. Francesco has been a complete breath of fresh air. His approach is refreshing, realistic and sympathetic to your individual needs – you’re not just a number here. His approach has really

helped me tackle various symptoms that were impacting my quality of life greatly, sleep, skin and digestive issues to name but a few have all greatly improved. Top guy, thoroughly recommended.

A big thank you Francesco for all of your professional help and advice with my skin. You are always available on phone/email for any support or questions I have. I will definitely recommend you to others. I am very happy with the results.

After a lifelong struggle with IBS, Francesco has been the first practitioner able to help me getting to the root causes and managing these. I also appreciated the genuine care for his customers’ wellbeing and scientific/knowledge-based approach.

My life has improved highly since I achieved my health objectives and can’t thank Francesco enough for this – I have recommended him to family and friends and the results are always so impressive.

Francesco is a person of trust that will support you on his singular way, but very efficient, to investigate and improve your health and your journey of healing. When I felt lost, alone and hopeless from the conventional medicine, he guided me to a new chapter of my life. After the work we did together I found back not only my health but also a good and professional nutritionist. 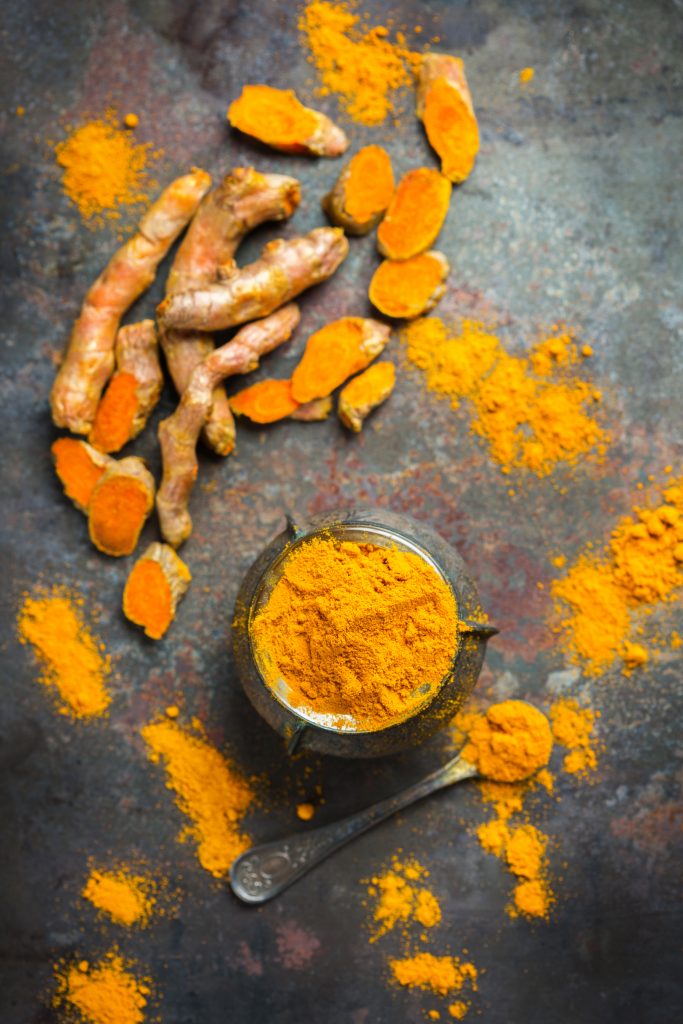 After a lifelong struggle with IBS, Francesco has been the first practitioner able to help me getting to the root causes and managing these. I also appreciated the genuine care for his customers’ wellbeing and scientific/knowledge-based approach.

My life has improved highly since I achieved my health objectives and can’t thank Francesco enough for this – I have recommended him to family and friends and the results are always so impressive.

I had previously bad experience with other nutritionists, who just charged me lots of money just to give you a diet (sometimes found on internet) and no good results in the long term. Finally, with Francesco things changed. He really tries to understand the root of the problem. He did a really deep analysis, recommended blood tests and arranged a plan always adapted to my needs. He was always available on the phone for review of programs and for any doubts at any time. If you are looking to change your lifestyle and feel better, I would strongly recommend a visit to Francesco. Thanks again for all your help! 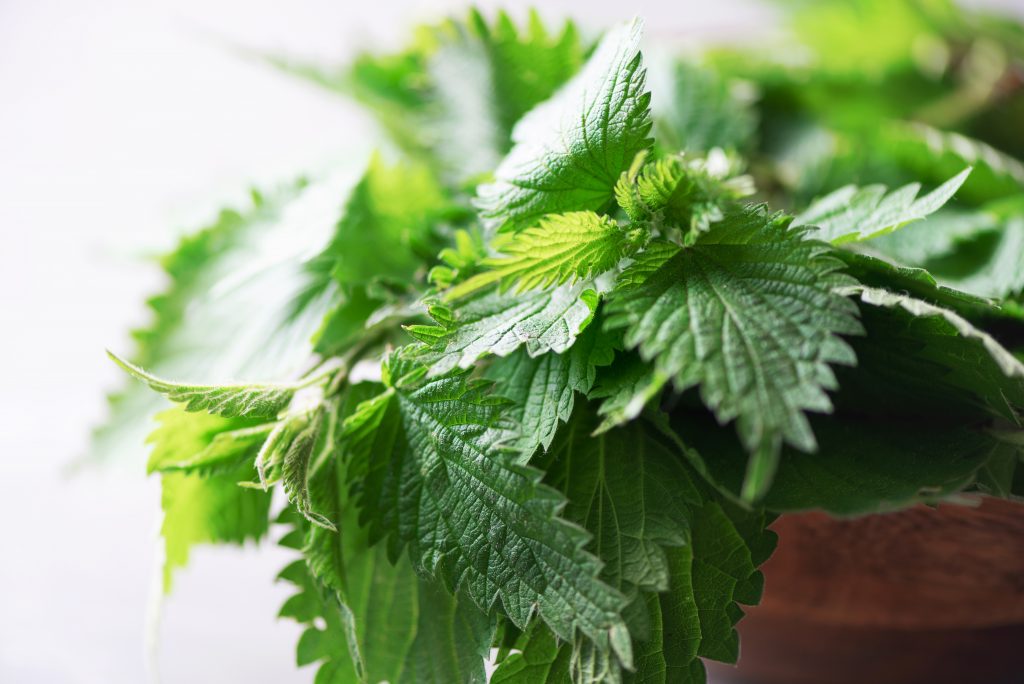 ‘We approached Francesco when our son was 5yo and suffered with problems such as constipation, ear infections and food intolerances. We felt the biomedical route was crucial to support his development. Through several tailored protocols and follow up analysis we removed his candida using Francesco’s dietary support as well as anti-fungal treatments. We also addressed his nutritional deficiencies which was key to supporting his health and wellbeing. Thanks to Francesco’s help Conor’s health improved exponentially over the past three years. He also has become more relaxed and better able to concentrate which has helped academically. Most importantly he says he doesn’t have any pains in his tummy anymore!

I’ve been living with autoimmune disease for a while, and Francesco was instrumental at figuring out what’s triggering my flare-ups. Since I followed his recommendation, my chronic back pains are virtually completely gone and my level of energy never been that high! I can only strongly recommend HoopOrganic for whoever is ready to embrace a healthier lifestyle!

Through my girlfriend’s treatment I discovered his delicious healthy recipes. Thank you, Francesco.

Nuts and Salmon can change your life! Yes, believe it or not, that’s what happens to me. Francesco has a theoretical agnostic approach and can identify the right principles to apply principles from Keto, Paleo, Duncan, and whatever else using up to date scientific information. He has the approach of a bio-hacker nutritionist and not of a simple recipe writer for unhappy people wishing to get the magic formula to regain the weight they had when they were 20 y.o. ! My situation was and is very complicated because of the overlapping of several issues but the new diet it has been also a diagnostic opportunity to really understand the origin of my problems. After almost 9 months I now know exactly what is making my digestion difficult and how to avoid the factors that are causing it. This is a lifelong achievement, never before any doctor took the time to collect all the data to really dig in and find the real reasons for these issues. Medical help needs a big shake and the great majority of the health problems you’ll face in your life will depend on what you eat and how your digestion works. There is no doubt about it. With Francesco, you can really put a higher gear on how you manage your body, your health and ultimately your general health. By the way, through this path with Francesco, I finally recognize how food is impacting my psychological state, this is another lifelong achievement for me that I have been able to reach only with his support.